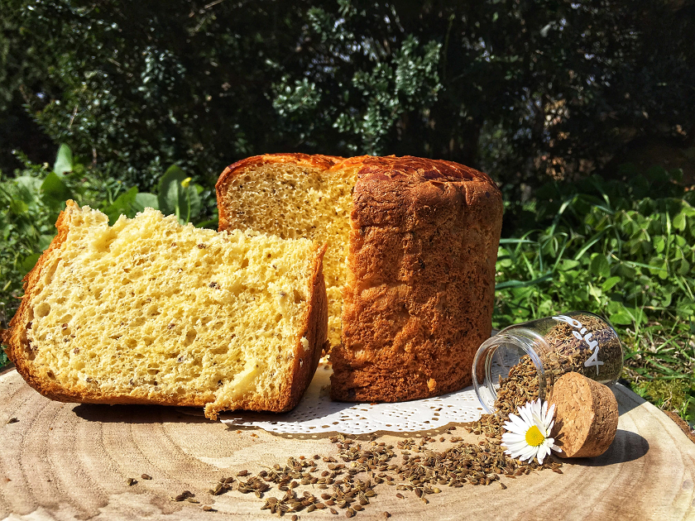 In Tuscany, we have a special sweet tradition, called “la Sportellina” or “schiacciata di Pasqua” (literally the Easter squashed bread). It’s quite a funny name for a cake that looks anything but squashed, I know! But actually the name comes from the great amount of eggs that need to be cracked (squashed) into the batter.

The season of Lent in the old days, was by precept a time of fasting and repentance, so people would resort to homemade products only. It was a common and very heartfelt religious tradition, especially in the countryside. Most of the peasant families’ meals consisted of soups, polenta, lots of vegetables from their own farm or just some homemade bread and freshly picked herbs. Adding a pilchard in oil every now and then was a real delicacy that not all could afford. So no wonder on Easter, people would indulge on abundant dishes and plenty of meat, generously soaked by a glass or two of good wine! The origins of sportellina cake